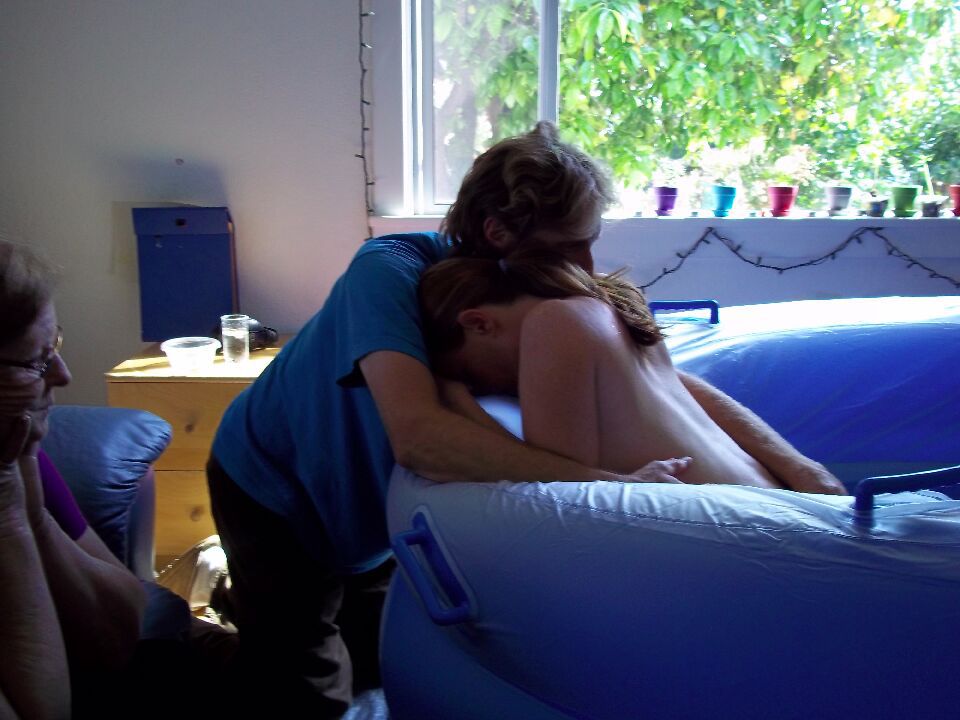 Surrounded by loved ones

“I think one of the best things we could do would be to help women, parents, and families discover their own birth power, from within themselves. And to let them know it’s always been there, they just needed to tap into it.” –John H. Kennell, MD

Before the emergence of modern obstetrics, natural physiological birth at home was the norm, but technological advances, a better understanding and management of the risks faced by women and infants during labor, and an efficient lobbying,[1] led to a generalization of the medicalization of the birth process. As the World Health Organization notes: “The widespread notion of childbirth has led obstetricians in many countries to conclude care during normal childbirth should be similar to the care in complicated deliveries.”[2] Today, in the Western countries, less than one percent of childbirth occurs at home.

While hospital delivery is necessary (and highly recommended) for “at risk” pregnancies or complicated deliveries, such as in the case of breech babies, multiple pregnancy, or pre-term delivery, a planned home-birth with the assistance of a certified professional midwife and a medical back up plan in case of emergency, can be a viable and beneficial option for low-risk women. In fact, according to a recent study[3], home-birth for low risk women might actually be even safer than hospital birth, because schedules and easy access to medical care can cause unnecessary medical interventions in hospital. It was found that there is 20-60 percent fewer interventions, including cesarean sections, augmentation, and epidurals, as well as 10-30 percent fewer complications, such as post partum bleeding and perineal tears among planned home births. The study, performed by researchers Ole Olsen and JA Clausen from the Department of Social Medicine, University of Copenhagen concluded that there is no strong evidence to support hospital birth over home birth for low-risk women.[4]

Besides safety and lower chance of medical interventions, there are many other benefits that women can get from giving birth in their homes. Unlike the hospital, which can be intimidating with its loud noise, bright lights and agitation, home is a familiar, calm and peaceful environment. At home, women are looked after by the familiar midwives and doulas with whom trust has been built over the course of the pregnancy, whereas in hospital, nurses and obstetricians can be total strangers. Knowing the people, the place and what to expect helps reduce significantly the stress experienced by women about to deliver. High level of stress produces adrenaline, a hormone that provokes the “fight or flight response”[5] that can considerably prolong or even totally stop the labor. An adrenalin rush can be vital for mammals as it allows, for example, a mother deer to stop her labor and escape from predators, but is detrimental for women giving birth. Sarah J.Buckley, MD explains: “Anything that disturbs a laboring woman’s sense of safety and privacy will disrupt the birth process. Some of the techniques of modern obstetrics are painful or uncomfortable, most involve some transgression of bodily or social boundaries, and almost all techniques are performed by people who are essential strangers to the woman herself. All of these factors are as disruptive to pregnant and birthing woman as they would be to any other laboring mammal.”

Being physically, emotionally, and mentally prepared, in a home environment with familiar caregivers goes a long way in helping women deliver their babies smoothly and safely. Empowered with the freedom and mobility to move around, the woman takes control during labor. She can switch her labor position from horizontal (position in which women are usually forced to remain while giving birth in hospital) to the “primitive” vertical squatting position, take her time, concentrate solely on her delivery, push whenever she feels like to, isolate herself or find comfort in the arms of her loved ones, all without the constraints of medical devices, unwanted instructions from doctors and nurses, and without the fear of receiving an unnecessary surgical intervention such as episiotomy or C-section.

Reclaiming the Power and Freedom of Giving Birth

For many women, giving birth at home feels similar (to a certain extent!) to a what a person would feel after running a marathon: hugely exhausting but tremendously rewarding:

“I can look back now and realize true serenity and peace was really present. Madison had arrived lovingly into an environment almost exactly as we had wanted. There were no bright lights and no screaming nurses or family members. Only stillness with the exception of our boundless joy.”[6]

“I pick him up, I’m holding him tight. I’m in love again, of course! They are moving me in the bed to get me comfortable and take the bloody sheets off the bed, but I’m locked with him, nothing else matters!”[7]

There are many other benefits to giving birth at home. Unlike in hospital where the mother and baby are usually separated immediately after birth for routine examination, at home, immediate birth-bonding and skin-to-skin contact with the mother is the norm. Babies are placed right after birth on the mother’s chest, where breastfeeding can begin on nature’s heating pad. Delayed cord clamping is also commonly practiced in home-birth, which is important to prevent iron deficiency as explained in a study: “Delayed cord clamping, compared with early clamping, resulted in improved iron status and reduced prevalence of iron deficiency at 4 months of age, and reduced prevalence of neonatal anaemia, without demonstrable adverse effects. As iron deficiency in infants even without anaemia has been associated with impaired development, delayed cord clamping seems to benefit full term infants even in regions with a relatively low prevalence of iron deficiency anaemia.”[8]

Interestingly, home-birth is usually perceived as an act of bravery. Like many others who have chosen a home-birth (see Home Birth: My Lucky Experience), my decision is rather centered on reclaiming ownership of my birth in a warm, caring and supportive environment.  My journey with the midwives from the early stage of pregnancy, to the labor, and to the postpartum period had been comfortingly reassuring, which helped me eliminate the fear and anxiety of childbirth. Birthing is a personal choice, and having a home-birth may not be for everyone, but should be given some consideration. My decision to deliver at home was far from an act of bravery, but rather, a matter of fulfilling the right of a natural physiological birth and allowing the brain and uterus to do their dance, which is somehow conveniently forgotten in modern obstetrics.

[1] Birth By Design, Chapter 11: “Constructing Risk” by Raymond De Vries, Cecilia Benoit, Edwin R. van Teijlingen, and Sirpa Wrede:
Excerpt: “This new standard of care is driven by third-party payers and health maintenance organizations and is mainly aimed at cost-containment and corporate profit. Here we find practice standards based not just on (perceived) safety, but on cost and conformity to the (more or less informally established) notions of acceptable ways of practicing obstetrics.”
http://www.isu.edu/~carteliz/-ConstructingRisk.pdf