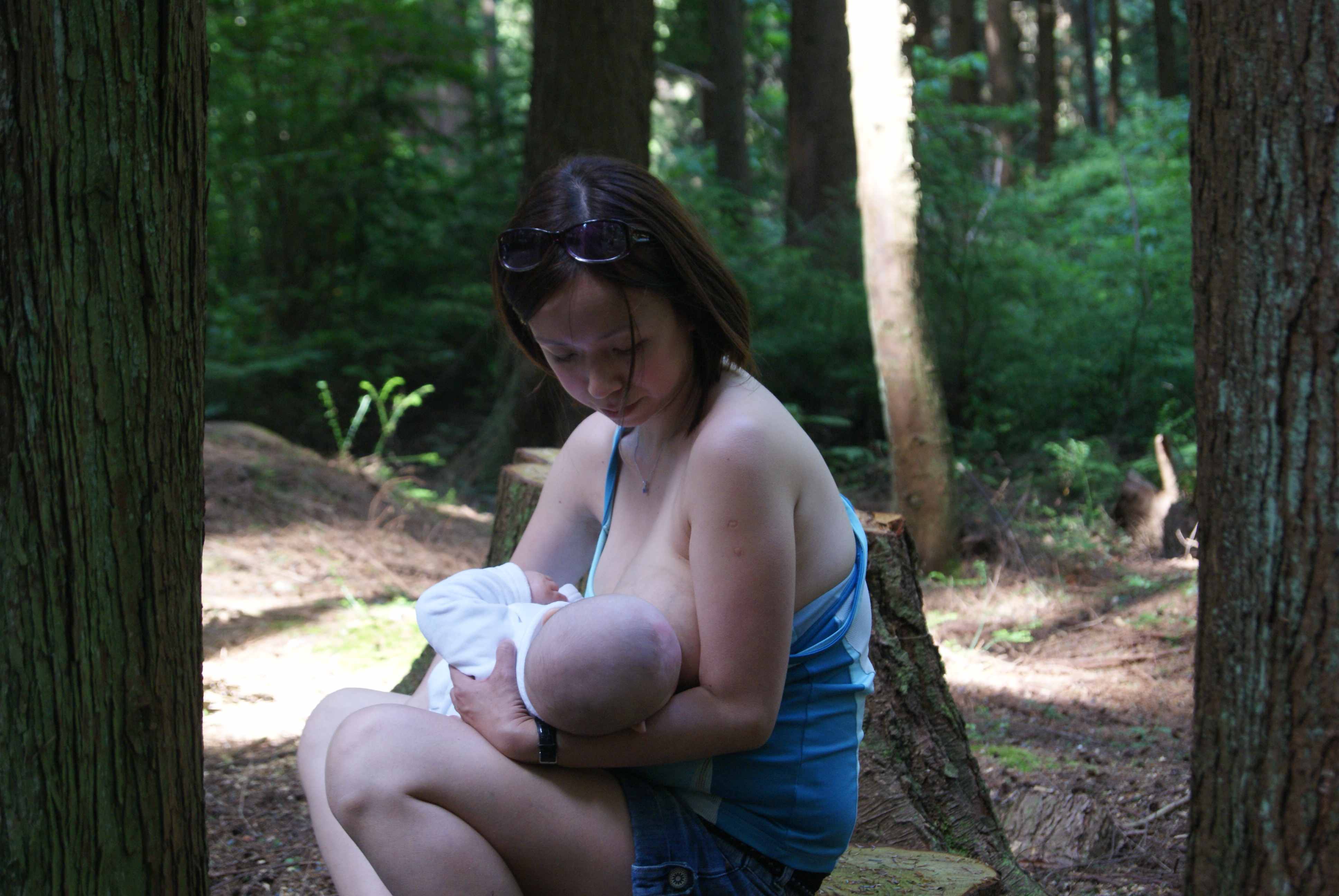 As the over-sexualisation of the woman’s body becomes a widely accepted social norm, and as intense lobbying from powerful formula milk producing corporations has surreptitiously infected the minds of unsuspecting mums and decision-makers, opposition towards breastfeeding has become pervasive and vocal. It is now common for pediatricians to try to convince expecting mums about the “benefits” of formula milk despite scientific evidence of the contrary, and every breastfeeding mum has, at one point, faced embarrassment or even public humiliation for the simple act of feeding her hungry baby.

The hypocrisy of western societies, particularly in North America, towards breastfeeding is quite astounding. Breasts are now uniquely considered as an object of sexual desire, and no longer as the source of food for infants, leading to ridiculous situation where pictures of breastfeeding on social media are routinely censored[2], while videos of a man beheading a masked woman are reluctantly removed by the same media in the name of “freedom of expression”[3]. The hypocrisy is further highlighted when the view of a white woman breastfeeding in a public setting in the West is deemed offensive while National Geographic videos of breastfeeding in African tribe societies would not raise an eyebrow, or when extreme violence in the form of televised bloody mixed martial fights is celebrated and acclaimed, while the “odd flash of nipple” is shamed and condemned.

Mums are also pressured to give up breastfeeding by a large coalition of vested interests, from the formula milk companies such as Bristol-Myers Squibb, to their incentivized allies in hospitals, and to their sponsored politicians.  The most obvious form of “formula milk proselytism” comes in the form of free swag bags given to new mums when discharged from the hospital, which goal is clearly to undermine their resolve to breastfeed. As Melissa Bartick, instructor in medicine at Harvard Medical School says about these swag bags: “Among breastfeeding advocates, this has always been a thorn in our side. It seems so hopeless to fight against these formula companies, but at the same time, hospitals are marketing baby formula, which undermines breastfeeding and sends a poor message.”

The issue of breastfeeding can even become political, as exemplified by Mitt Romney’s decision, when governor of Massachusetts, to overturn a decision to ban the swag bags in the State, claiming: “We’re not disputing the health benefits of breastfeeding, but we think that new mothers should make that choice. If they choose to bottle-feed, they should be supported in that decision.”[4] Bristol-Myers Squibb was a major contributor to Governor Romney’s political campaigns…

In a balanced society, breastfeeding is considered normal and natural. Breastfeeding on demand is what nursing mothers have always done regardless of time and place. It’s only recently that mums have been compelled to disappear from public eye, or have been publicly humiliated when providing food for their babies, as illustrated by the anecdotes below:

“I had a situation like this in the workplace where I was pumping breast milk, yet I was completely covered and the manager had the nerve to tell me I can’t pump in the dining area because it’s supposed to be family friendly. A couple of days later, they fired me…” 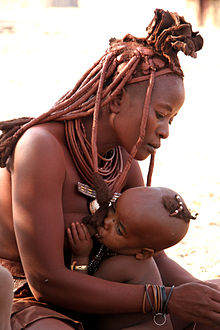 It is indeed not uncommon for women to be ostracized while breastfeeding in public, or be firmly re-directed to dirty public toilets to hide themselves from everyone’s sight, as if providing food for baby is an act of obscenity, and as if being served a meal in such condition would be acceptable for adults. To adequately provide to the relentless needs of an infant, a nursing woman has to give up her freedom, her sleep, her energy and often her social life. Why does she have to give up her dignity too?

It is sadly the direction society is heading towards: a breastfeeding Missouri mum was charged with contempt of court and faced a $500 fine for bringing her 5-month-old baby to jury duty[6]; the recent Time cover of Jaime Lynn Grumet[7] breastfeeding her three-year-old son sparkled a huge public backlash, whereby she was accused of child molestation[8] and threatened with social services intervention; and in a recent photo depicting myself breastfeeding in the wilderness posted on my Facebook group, I was accused of “indecent exposure” and promptly told to “cover up”.

The veil of ignorance, bigotry, and social prejudice cannot hide the tremendous benefits of breastfeeding to babies, mums, and society as a whole. Breastfeeding is a sacrificial endeavor that takes a lot on a nursing mum, and those who have chosen this path did it solely with the best interests and well being of their babies at heart.

In addition to the special infant-mum bonding experience[9], the main breastfeeding advantage resides in the breast milk. Breast milk is the optimal food for infants in the first year of life. It provides high-quality proteins, suitable calories and the proper mineral content for infant growth. It also contains antibodies and macrophages from the mother’s immune system that help protect the infant from illness. Breastfed infants are less likely to have ear infections, respiratory infections, allergies, and gastrointestinal disease.[10] In fact, breast milk prevents 20 percent of neonatal deaths.[11] The nutritional value of breast milk can simply not be substituted. Cow’s milk derivatives as found in formula milk have much larger molecules that are much harder for an infant’s digestive system to break down, and does not provide the same immunization.[12]

Breastfeeding has also been proven important for the brain development of a growing infant. In a study published in the journal JAMA Pediatrics, researchers have found that a longer breastfeeding period improves a child’s understanding of language at age 3, and his scores on intelligence tests at age 7.[13]

Breast milk is nature’s most precious gift to growing infants, and breastfeeding needs to be embraced, encouraged, and protected. No matter when or where, when baby is hungry, the world needs to stop to satisfy his needs. What a nursing mum needs is support and tolerance, not criticism nor rejection.

[5] Most Moms Give Up Breastfeeding

[12] What’s the difference between breast milk and cow’s milk?