“Order and sameness is for a tiny child like the plane on which terrestrial beings must rest if they are to go forward.”- Dr Maria Montessori 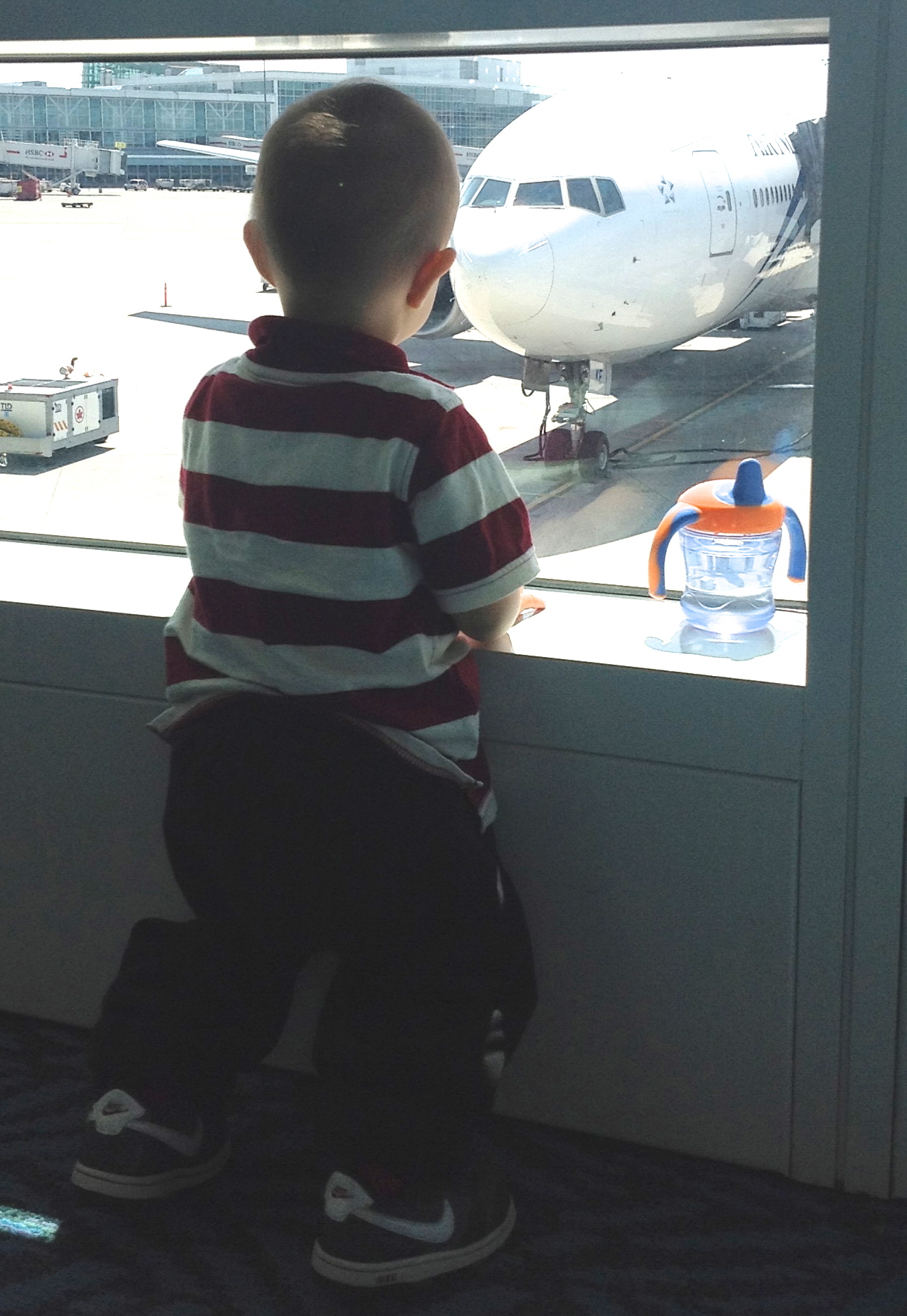 Tanguy waiting to board in 2012

In another two weeks from now, I will be travelling to Singapore from Canada alone with my 2-year-old toddler for a 24-hour long flight. With a 16 hours difference in time zone, and a disconnection from the usual routine without his dad around, what am I getting into?

As calm and composed as I am on the outside, internally, my mind is running wild with fire. Like any other toddler, my son has his big moments of tears and tantrums. A little issue such as not turning on the light promptly enough, giving him the right color of bib he prefers during meal time, wearing a hat on him as soon as he asks for it, or giving him the exact color pencil he wants when he needs to draw, can quickly escalate into an outburst of screams and cries. In anticipation for this exceedingly long journey, knowing full well what a change in his familiar environment can lead to, I have a bag full of tricks and tips to keep the little boy busy and happy:

Trick 1: hippo the saviour
His smelly buddy Hippo is the toy he’s the most securely attached to, as if it is an extension of himself. Whenever he is in distressed, sleepy, or feeling joyful, the hippo is always the first thing he frantically looks for to give him some relief and comfort. The hippo is an absolute must-have.

Trick 2: keeping the mind busy
We recently bought a box of “Magformers”, a toy made of magnetic squares and triangle which can easily transform to different 2D or 3D objects, with which he can spend long hours playing. This toy will help him stay actively engaged quite a bit without adding weight and space to my already heavy haversack.

Trick 3: maintaining the bedtime story routine
The “A Very Hungry Caterpillar” story is the one I read to him every night before he goes to sleep. This book sets him off with laughter and giggles as he knows the story full well and can complete the sentence with pride even before I read to him.

Trick 4: the magic color pencils
I will bring lots of paper, color pencils and a coloring book with cartoons.
He loves exploring his little world through drawing, spending hours at home drawing planes (or what he calls it that way), suns, birds, etc. Not only does drawing usually keep him focused, it also helps heighten his imagination.

Trick 5: new discoveries
I will have a few new toys and surprises as an emergency back-up plan. When he gets bored with all the usual toys, I am planning to surprise him with something new such as a playdoll that will distract him from his frustration and divert his attention back into play.

Trick 6: the bribery
Nothing works better to put a smile on his face than a bag of chocolate and candies. Giving sweet stuff may not be for everyone, but when dealing with a difficult eater who would not eat despite being very hungry, some chocolate and candies can go a long way to bring peace on the flight. 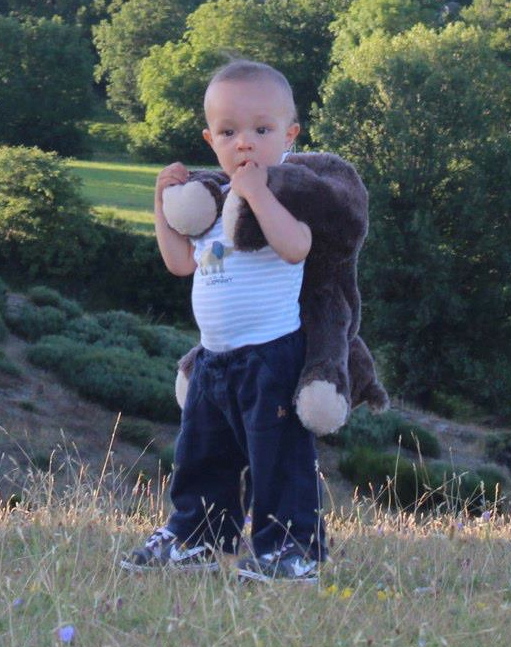 Never without the hippo

Tip 1: carrying my little kangaroo
I will bring along the Ergo Baby Carrier that will help to tide over some crisis when he loses control, whether during the flight or in the crowded airports. Having him bundled close to me usually mitigates some resistance and prevents him from shaking himself away from my grip when tantrums roll.

Tip 2: the importance of playing
A simple Theraplay activity like a peekaboo game can lift off some tension and create immediate fun and laughter. Despite the space constraint while being strapped on plane, using the blanket or pillow provided on flight to cover either his face or my face may help to drive away some frustration.

A toddler thrives on predictability and routine and can be particularly sensitive when the rhythm of order and sameness is disrupted. As Gordon Nefeuld, a child-developmental psychologist explains: “No one is more susceptible to being misunderstood than the toddler. Precious, brazen, obsessive, endearing, hysterical, impulsive, anxious, delightful, unreflective, dogmatic, generous, unstable, aggressive, resistant, compulsive and anything but consistent.” Like walking on a thin rope, dealing with a toddler who is intensely demanding to his own needs and indifferent to the concerns of his parents can be extremely challenging. Only patience and more patience loaded with lots of empathy and love can help parents smoothen the experience of a long flight. Understanding the unique psychology of a toddler and knowing that he is not trying to irritate the parents as he starts rolling into a hysterical fit is the first step to connecting better with him. Having said that, I am still not sure how I will cope, but I will definitely tell you soon enough how it went. Wish me luck!